﻿﻿ SEA GRASS: LUNGS OF THE SEA | Centre of Foundation Studies for Agricultural Science

Seagrass are often confused with seaweed because they look similar and both are growing entirely underwater. Seagrass are actually flowering plant with leaves, flowers, stems, and roots, just like land plants. There are about 72 species of seagrass across four families that can be found in shallow and brackish water occupying 0.1% of the seafloor in the world. 16 of those species can be found in Malaysia. 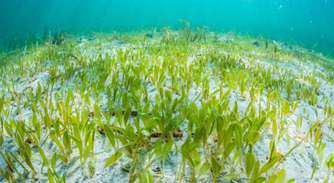 Seagrass leaves have chloroplast in the mesophyll cell to carry out photosynthesis and veins to transport nutrient and water throughout the plant. The veins also contain air pockets called lacunae for buoyancy. However, seagrass lack of stomata, which are tiny pore on leaves that control water and gas exchange. As an alternative, they have a thin cuticle layer to perform stomata role.

Healthy seagrasses may grow dense and form an extensive underwater beds or meadows and it is one of the most productive ecosystems in the world. Seagrasses provide food and shelter to an incredibly diverse community of animals, from tiny invertebrates to large fish, crabs, turtles, birds, and marine mammals. Seagrass also plays important role in improving water clarity and quality as the roots trap the sediment and the leaves slow the flow of water. 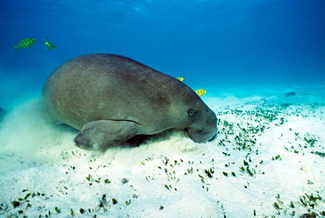 Unfortunately, the population of seagrass are declining due to fishing activities, coastal development, pollution, land reclamation, and also climate change. The declining of seagrass also causes severe impacts on marine biodiversity, the health of other marine ecosystems, and on human livelihoods. Additionally, some threatened marine species such as sea turtles and marine mammals live in seagrass habitats and rely on them for food. The beautiful creatures need to be protected and preserved so that it can continue to give benefits to the environments. Scientists around the world are working together to recover and restoring the population of seagrass.

Why Is My Writing Score So Low?