﻿﻿ Using Mobile Phone During Lightning Strike. Is It Safe? | Centre of Foundation Studies for Agricultural Science 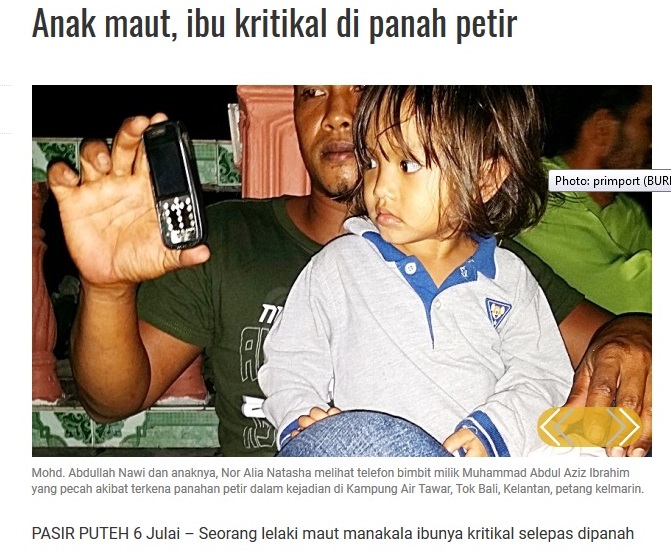 Basically, mobile phones have low power and are safe to use. The risk of being a target object of lightning is low. Lightning usually grabs higher objects like trees. If we look at the UPM Campus, many fallen trees and it's branch have been damaged by lightning strikes during the storm. Most accidents or deaths occur due to the consequence of lightning itself. For example, being under the trees struck by the thunderbolt. If there is no higher object such as in the open area, the lightning will grab a higher object than the ground. So, the risk of being hit by lightning is huge if someone goes through open space. It may happend by coincidence that lightning arrests to someone who is using cellphone that passes through the open area and results in death. 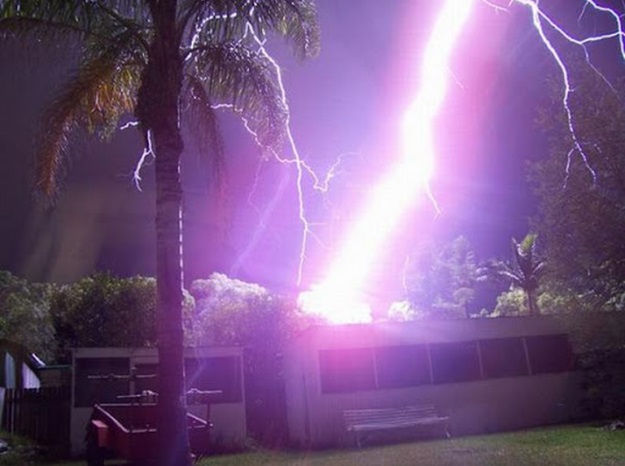 If the lightning strikes the area near the electic wiring cable, it may cause the cable to burn or explode thereby impacting excessive charge flow to the nearest house. If there is a plug that is still active, the tools will be burned at this point. If anyone is using such a tool such as using a mobile phone while it is charging, using a telephone cable and other electrical equipment, at this time an electri shock can occur which results in death from lightning debris on an electric cable or telephone.

In conclusion, if lightning occurs when we are outside, let's quickly find a covered area such as building and cars. Avoid finding shelter under trees and areas close to the charge flow areas such as electrical and telephone poles. The pool area and iron objects must also be avoided. And remember if we're home during lightning, do not use electrical applicances and mobile phones while charging. Unplug the electrical appliance immediately if lightning signs occur.  If lightning has already accurred, there is a risk when pulling the tool. Take care of yourself by making the right action.

SEA GRASS: LUNGS OF THE SEA